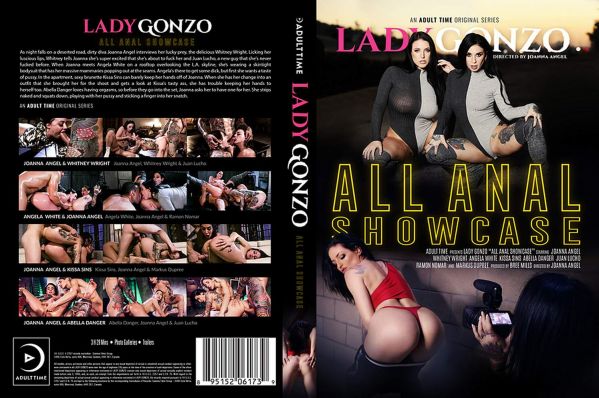 As night falls on a deserted road, dirty diva Joanna Angel interviews her lucky prey, the delicious Whitney Wright. Licking her luscious lips, Whitney tells Joanna she’s super excited that she’s about to fuck her and Juan Lucho, a new guy that she’s never fucked before. When Joanna meets Angela White on a rooftop overlooking the L.A. skyline, she’s wearing a skintight bodysuit that has her massive mammaries popping out at the seams. Angela’s there to get some dick, but first she wants a taste of pussy. In the apartment, sexy brunette Kissa Sins can barely keep her hands off of Joanna. When she has her change into an outfit that she brought her for the shoot and gets a look at Kissa’s tasty ass, she has trouble keeping her hands to herself too. Abella Danger loves having orgasms, so before they go into the set, Joanna asks her to have one for her. She strips naked and squats down, playing with her pussy and sticking a finger into her snatch. 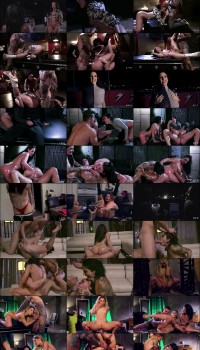